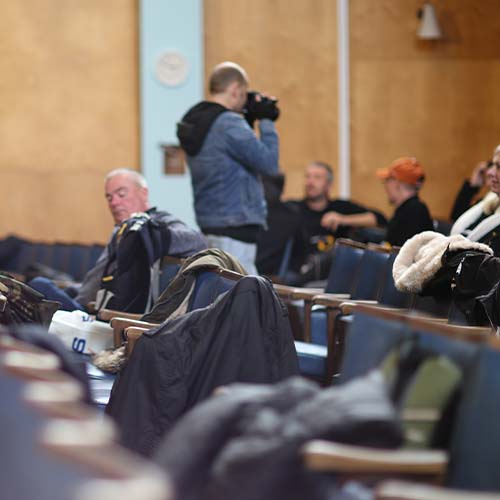 Speaking to David B you can tell he has an easy-going nature, he’s also straightforward and to the point in how he communicates which makes talking to him a breeze. Having worked as a delivery driver for Comet for 10 years, and later Curry’s for 5 years, he, unfortunately, found himself made redundant in 2010 following the fallout of the 2008 global recession.

Sadly, quite soon after being made redundant, David was put in a position where he had to become a carer for his partner who’d become very ill during her struggle with cancer. This combination of events was a setback for David, who has struggled to find work ever since.

Although David continued looking for work over the last 10 years, he hadn’t had much success. He believes that his age played a big factor in this lack of success. Further to this, he tells me that after a while he started to feel his confidence getting knocked by the fact he was being invited for interviews but not receiving any feedback on his performance.

Accordingly, when David’s work coach at the Job Centre told him about the Returneeship programmes Release Potential were running, he decided he’d give it a go and see what came from it. In his words, ‘you can never have enough knowledge…’.

On starting the course, David admits that he ‘…was a little bit nervous on the first day if I’m perfectly honest, but then we all were’. Thankfully, David feels that the icebreaker sessions run by Release Potential at the beginning of the course helped to get everyone feeling comfortable and getting along.

David’s role on the Returneeship was as a sound technician, and he enjoyed the responsibilities that came with the position, helping the group work together to make a television programme based on the One Show.

The future looks bright for David, having recently secured a position as a warehouse supervisor. When asked what impact the course has had on him, he responds that ‘…it’s held me in good stead to get this new job!’ Continuing to talk about his overall experiences on the courses he took, David states that ‘I enjoyed it…I’d do another one and I’d recommend it to other people!’