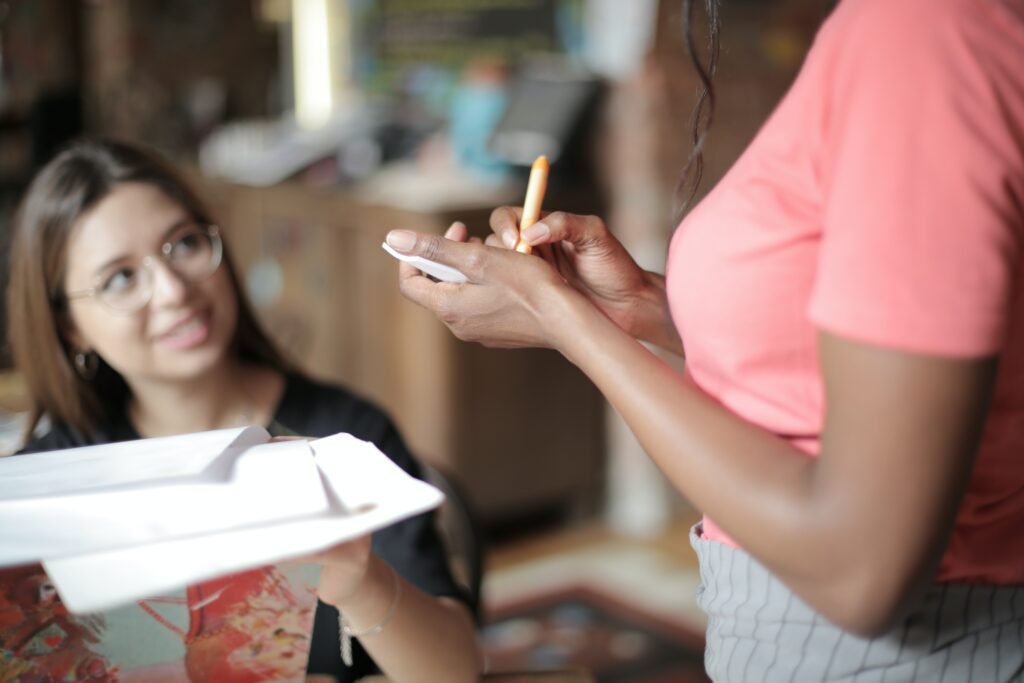 Sandrine joined our Hospitality SWAP programme looking to get back to work and have that routine. From starting the course, 9 days later being invited to three interviews with local employers, Sandrine has now found a role that fits her needs and is letting her continue at university. Read below Sandrine’s story to see how the course has released her potential!

What were you doing before you started the programme?
“I’ve had previous experience working as a cleaner, and also as a Healthcare Assistant in Nuneaton Hospital, part of the George Eliot Hospital NHS Trust. I’ve studied health and wellbeing, followed by nursing at Birmingham City University which unfortunately I couldn’t complete. I had been unemployed for about a year before starting the course.”

How did you find out about the training?
“I was referred to the course by my Work Coach and spoke with staff from Release Potential to get further information about what it entailed and what would be required from me.”

Why did you decide to join?
“I thought it sounded interesting! There was also the possibility of an interview and work after the course had finished which really appealed to me.”

What did you think of the training? How did it help you?
“The training was amazing! In my opinion, the commitment shown by the tutors was outstanding. They were very patient with me and always willing to help. I got a lot out of the IT skills I learned. I was never very good at IT before, and the course helped me to do things I couldn’t do previously, such as using spreadsheets. It made me more confident using IT. Towards the end of the course, I was delighted to get invited to three interviews, all with local hotels. I found out about the vacancies direct from the hospitality employers who attended the Market Place events that Release Potential organised during the course.”

Were there any barriers or obstacles you had to overcome?
“My health wasn’t good, and I wasn’t well during the course. I’m so pleased the course was delivered online as it meant I could still take part and complete it from home. The tutors on the course were flexible, supportive and helped me a lot.”

What are you doing now?
“I’m working as a waitress at the Marriott Hotel close to Coventry. It’s amazing, I love it. I’m working morning shifts at the moment which suits me best.”

What impact has the training had on your life?
“I got a job I like, and I’m really pleased! I’ve done courses before but this one was different because it had real opportunities at the end.”

What are your plans for the future?
“I’m new in post, this is only my second week! I’m planning on going back to university in September, but this time to study Biomedical Science. I’ve told the Marriott about returning to study, and they are happy to keep me on part-time which helps me too.”

What would you say to someone who was thinking about doing the training but wasn’t sure?
“I would say you should do it, you have to! I’ve done similar courses before, but none were as good as this one.”